A new trigeminal ganglia cell atlas in mice and people highlights the multiple cell types – both neuronal and non-neuronal – that are involved in migraine. The findings hold promise for the development of new migraine treatments.

Which cell types contribute to migraine? Which genes do they express? And are the answers to such questions the same in mice and in people? A new study now weighs in on these matters, with important implications for the study of migraine mechanisms and the search for new therapies.

Researchers led by William Renthal, of Brigham and Women’s Hospital and Harvard Medical School in Boston, US, have developed a trigeminal ganglia cell “atlas” that shows the involvement of multiple cell types in migraine, including both neuronal and non-neuronal cells. The atlas also reveals which genes are expressed (or “turned on”), as well as some of the mechanisms that drive gene expression, in the various cell types. The atlas uncovers broad similarity between mice and humans in these areas.

The atlas not only provides a resource for researchers to advance their investigations of the basic science of migraine, but could also help guide drug developers to the cell types and drug targets most worth focusing on. The atlas could also spur the development of new gene therapies that might prove useful for conditions like trigeminal neuralgia.

“This is likely to be a landmark paper for the trigeminal pain and migraine field,” said Ted Price, a pain researcher at the University of Texas at Dallas, US. Price has done similar studies for dorsal root ganglia tissue but was not involved in the current work.

Price emphasized that the availability of the data to anyone who wants to use it “is impressive and important. It’s a great resource and a big jump ahead.” In addition, he was enthusiastic about the potential of the work to drive personalized medicine for migraine treatment.

“We’re just scratching the surface right now,” Price said. “This paper will be the turning point where you’ll start to be able to move towards personalized medicine when there isn’t a known genetic basis, which applies to most people with migraine – we don’t know what the genetic cause is in the vast majority of them.”

Building an atlas for mice and for people

Finding new avenues for pain and headache treatment was the spur for the new research.

“The motivation for this study was that we wanted to identify very specific targets that we could use to treat pain and headache. Most of the pain therapeutics we have now have a lot of off-target side effects, and triptans and even CGRP therapies can have side effects as well. The idea was to identify molecules that are selectively expressed in specific sensory neuron subtypes that we know are involved in pain and headache,” Renthal said.

One challenge for the current study, which aimed to build an atlas for both mice and people in order to compare the two species, is that obtaining human trigeminal ganglia (TG) tissue is no easy task, Renthal said. But a bit of happenstance helped pushed the study forward.

“This entire project was conceived one weekend over breakfast with family friends. While our kids were eating pancakes, co-author Dr. Jochen Lennerz, a pathologist at Massachusetts General Hospital, happened to mention that he studied human trigeminal ganglia during his PhD. We immediately developed a plan to start collecting these important tissues and to develop a trigeminal ganglion tissue bank. We have collected ganglia from nearly 50 donors to date and are planning to collect over a thousand in the coming years,” Renthal said.

The researchers began by performing single-nucleus RNA sequencing (snRNA-seq) on TG from 14 mice, and from three human donors who had died of non-neurological causes. snRNA-seq is a method used to sequence RNA from single nuclei, for the purpose of analyzing gene expression – the process where genes are “turned on” to make RNA and proteins – in individual cells. Previous studies had to blend all of the cells together, making it difficult to know in which cell types various genes are expressed.

For the mouse and human atlas, the researchers identified 15 different cell types defined by the RNA present in the cells. This included eight neuronal cell types, but also seven non-neuronal cell types including satellite glial cells, Schwann cells, fibroblasts, immune cells, and vascular endothelial cells. There was also broad similarity between the mouse and human atlas  in terms of the genes expressed in each of the cell types.

Despite the overall species similarity, the researchers did find some notable differences. For instance, the group reported that peptidergic nociceptors – pain-sensing neurons that use small peptides as their neurotransmitter – were more commonly seen in human TG neurons than in mouse TG neurons.

Further comparison of the human and mouse TG cell atlas revealed additional correspondence between the two species. For instance, there was similarity in the expression of important transcription factors, neuropeptides, ion channels, receptors, and functional pathways that play a role in the workings of the sensory ganglia.

The authors note in their paper that the similarities between mice and people would suggest that the mouse is a good animal model to learn more about drugs targeting these shared molecules and pathways.

One notable difference between the species was in the expression of CALCA, the gene that encodes CGRP. In humans, the trigeminal neurons that express the highest level of CALCA appear similar to the neurons that mediate itch in the periphery. Renthal said this was particularly interesting since in mice, Calca is expressed primarily in pain-sensing neurons. What role these itch-like neurons play in the release of CGRP in the meninges is of particular interest to Renthal’s lab.

The researchers also looked at potential sex differences between male and female mice. This is particularly important to investigate in migraine studies, considering that women are more likely than men to have migraine.

The most notable differences in gene expression between male and female mice were seen in genes known to be sex specific. There was also differential gene expression in the gene that encodes prostaglandin D2 synthase (an enzyme important in prostaglandin metabolism), and in the gene that encodes prolactin (a hormone that has been linked to migraine).

The atlas also provides an epigenomic profile of the TG cell types. Epigenomics refers to the full set of chemical modifications that are made to DNA and the nuclear proteins around which DNA is wrapped. These changes, which regulate gene expression, do not affect the underlying DNA sequence.

To create this epigenomic profile, the researchers used a technique that allowed them to assess chromatin accessibility across the genome. Chromatin – the complex of protein and DNA that forms chromosomes – is said to be in an accessible or “open” state when regulatory factors are able to bind to DNA, which results in DNA transcription.

For their atlas, the researchers were able to map areas of chromatin accessibility in the mouse and human TG cell nuclei. Additional work allowed them to assign a TG cell type to a particular epigenomic profile. Overall, the atlas revealed that the extent of chromatin accessibility was similar in mice and people – that is, the epigenomic profiles overlapped in the two species.

The group also asked if what they learned about chromatin accessibility could point them to the genes and cell types that might be affected by genetic variants known to be associated with migraine susceptibility.

They indeed found that some genetic variants identified in a recent genome-wide association study of migraine (see related Migraine Science Collaborative news story) were specific to different TG cell types, in both mice and people.

Because the epigenomic atlas provides information about gene regulatory mechanisms in distinct TG cell types, Renthal said the atlas could prove quite useful for the development of gene therapy vectors. These vectors are carriers that can deliver new genetic material into cells in order to regulate genes and cell function.

Gene therapy approaches, which carry the advantage of being a one-time treatment, could potentially be used to turn off specific cells contributing to pain, though most likely for conditions like refractory trigeminal neuralgia or cancer pain rather than migraine, according to Renthal.

Finally, the researchers looked at two headache models to see if they could identify which TG cell types become engaged in those models.

In the inflammatory soup headache model, inflammatory substances are applied to the dura, the outermost layer of the meninges, which leads to migraine-like headache behaviors. The team discovered that, in this model, the cell types that were significantly activated included non-peptidergic nociceptors, satellite glia, and fibroblasts. Peptidergic nociceptors and vascular cells were also activated.

Next looking to the cortical spreading depression model of migraine, the group found that satellite glia and fibroblasts were significantly activated, indicating that there was some overlap between the cell types activated in the two different headache models.

When asked what he would like a clinician to take away from the study, Renthal had a three-part take-home message.

“First, we have an atlas that will allow us to identify new therapeutic targets that could be much more specific to pain transmission than current therapies. Second, the atlas gives us a map for where to study the genetic variation underlying migraine so that we can understand an individual’s migraine susceptibility and ultimately personalize their treatment.”

“And the third important thing,” Renthal continued, “is that we can use this map to build cell type-specific gene therapy for pain and headache. There has never been a more exciting time to be at the intersection of epigenomics and neurology!”

The atlas is freely available here. 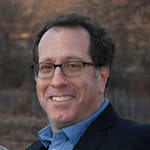