When the System Is Disrupted, a Better Understanding of Migraine Emerges: An Interview with Nasim Maleki

“With migraine, we see that the pattern of disease is initially similar in men and women. Then it begins to diverge around the time of puberty – which I view as a second birth, from a neurological perspective – a time when there is a lot going on in the brain. I thought if we could understand some of what is happening during this time, that might be the key for understanding many neurological disorders, particularly migraine.”

Editor’s note: This is the second in a series of interviews with Migraine Science Collaborative editorial board members.

Nasim Maleki, PhD, is an assistant professor of psychiatry at Harvard Medical School and a researcher in the Psychiatric Neuroimaging Division at Massachusetts General Hospital, Boston, US. She is a medical scientist and a medical physicist by training, and has extensive experience in developing and applying advanced multimodal neuroimaging techniques to study brain structure, function, and chemistry to understand the mechanisms of brain disorders.

Maleki’s research in migraine has been focused on understanding the pathophysiology of migraine disease through examining sex-related contributions to the onset and evolution of the disease.

Maleki spoke recently with Lincoln Tracy, a research fellow and freelance writer from Melbourne, Australia, about her path from medical physics to migraine research, the importance of studying migraine during transitional periods, her work exploring sex differences in migraine, and more. This interview has been edited for clarity and length.

What was your path to medical physics and imaging?

I’ve always loved measurements and being able to quantify things. So I started with an undergraduate degree in applied physics, which was basically how you learn to measure things and make sense of your measurements. At that point I was very interested in optics and lasers, and I thought my path would lead me to developing better devices for making ophthalmologic measurements.

Then, during my master’s degree, I started developing an interest in the medical side of things. I moved into medical physics, with the intention of continuing to learn more about lasers and optics and apply that to the ophthalmology field.

But then I attended a talk during which I learned about all the different ways you could use MRI in imaging, and I was just mesmerized. I couldn’t believe you could look at so many things with just one device. That talk really sparked my interest in MRI and my desire to learn more about imaging more broadly.

As a result, my PhD was focused on learning more about MRIs: how to work with them, how to measure things with them, and all the different signals you can get from them. The more I developed my skills and knowledge, the more I wanted to apply them to an interesting phenomenon – I became really interested in how the brain works. 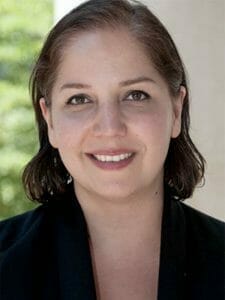 How did you become involved with migraine research?

After my PhD, I was going through the interview process for postdoc positions, and I had a few options to pick from, including an opportunity to do migraine research. I was familiar with migraines, as my mom had experienced them, but I had never thought about them scientifically. It seemed, and still seems, like the most fascinating disorder to study.

So I pursued a migraine research opportunity at McLean Hospital in Massachusetts and started applying as many techniques as I could to learn about migraine. I developed interests in other areas because of the nature of the disease. You can’t study migraine in a vacuum; there are a lot of other factors at play, and they are all very interesting to study.

I was in a diverse lab – the lab head was a neurologist, but there also was a physicist, a neuroscience postdoc, a mathematician, and lots of research assistants from diverse backgrounds.

There were so many opportunities to attend seminars and talks to learn more about how the brain works in health and disease. I was able to get involved with the American Headache Society, and the International Headache Society. All these experiences helped broaden my view about how migraine works, what we know about it, and what we don’t know about it. It all evolved from there.

Tell me about your work on menarche and migraine.

My interest in studying migraine during the transitional periods of life goes back to how I thought about science when I studied physics. One of the best ways to study any system is to change it in some way and then see what happens.

With migraine, we see that the pattern of disease is initially similar in men and women. Then it begins to diverge around the time of puberty – which I view as a second birth, from a neurological perspective – a time when there is a lot going on in the brain. I thought if we could understand some of what is happening during this time, that might be the key for understanding many neurological disorders, particularly migraine.

Earlier in my career I had an amazing mentor, Professor Alison Field, who has been involved in the Growing Up Today Study, a longitudinal study following people from a very young age all the way through to adulthood to evaluate the factors that influence weight change and health throughout the life cycle. When we looked at some of the data Alison had collected, we saw patterns with respect to the age of menarche. For example, if subjects experienced menarche earlier, their risk of migraines increased as they aged. Although the funding for the subsequent project to this work has ended, we are still processing some of the data and working to publish it. We hope it will come out soon.

You led a review published in 2019 that explored whether MRI patterns could discriminate between male and female migraine patients. What did you find?

There has been very little work in that area. That’s part of the reason why we did the review – to highlight the importance of thinking about these differences and designing studies to explore them.

We followed this up with another study during my postdoc that focused on the pattern of aging. Like the previous study, we again saw that women with migraine had a thicker insular cortex compared to women with no migraines.

These findings are important in the way we think about migraine – it’s about a balance in the system that isn’t there anymore. And even though we have imaging results that point to one brain structure or region, when we do larger studies we will find that migraine is a network disorder, rather than a region-specific disorder. I think that network is a network of structures involved in maintaining homeostasis.

As I mentioned before, I’m interested in studying when a system is disrupted. I’ve previously studied perimenopausal women, and now I’m doing imaging research looking at postmenopausal women. This is a transitional time, and when we look at migraine patterns in women during this time, we continually see the involvement of systems that are supposed to maintain homeostasis, which makes me think this imbalance contributes to migraine.

What are some of the challenges in doing imaging research?

It’s very expensive. It’s sad, as I can’t tell you the number of ideas that I’ve had to shelve because it’s so expensive to get a reasonable number of subjects. If I had the money, I’d love to scan a huge number of people with migraine and then share that data with everybody. I’ve benefited from using publicly available data, and it would be great to generate a lot of data so we could work collaboratively to one day find effective migraine cures.

How and why did you get involved with the Association of Migraine Disorders (AMD) and its Migraine Science Collaborative editorial board?

I was attending a meeting organized by another society where I first met my now friends Monica Mallampalli [senior scientific advisor at the Association of Migraine Disorders] and Jelena Pavlović [an AMD research advisory committee member]. At the meeting we bonded over our similar experiences as women in science and with a passion for migraine research. I met [AMD founder] Frederick [Rick] Godley through Monica at a later stage, which is how I joined as an AMD research advisory committee member and now as an MSC editorial board member.

The group of people Rick has brought together at AMD are the most passionate group I’ve ever met. They want to make a difference in people’s lives, and they’re all very open minded and open to collaboration. That mindset is very important when pursuing an endeavor like this, and I’m very proud to be part of this group.

What’s the best piece of career advice you have received?

The best piece of advice came from David Alsop. He’s a physicist whose lab I visited during my PhD. I had just submitted my first first-author paper, which had been rejected. I was devastated and thinking that science wasn’t for me.

But David taught me to be grateful for the experience – that someone could be bothered to read my paper and give feedback, even if it was negative and my paper was rejected. That feedback was a way to fix and improve things. So I’m incredibly grateful for my peers and for anyone who has ever bothered to read what I’ve written and give me feedback. It’s allowed me to grow and learn.

Lincoln Tracy, PhD, is a researcher and freelance writer based in Melbourne, Australia. Follow him on Twitter @lincolntracy 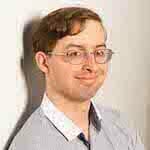